Alessandro Del Piero, a 22 years old football players, who is always full with passion in the football field. He’s first important football tourment was the Indian Super League, which he began at Serie B side Padova and concluded with Delhi Dynamos, according to UTfifa15coins.com. He is 40 now and has become one of the super star in Juventus and the Italian national team.

While in Zurich in January to participate in the FIFA Ballon d’Or Gala 2014, Del Piero sat down for a wide-ranging interview with FIFA.com. In the course of the conversation, he shared his vision of the modern game, gave his take on the current state of Italian football and admitted flirting with the idea of becoming a coach.

FIFA.com: Having played professionally for 22 years, can you share the secret to staying competitive for so long?
Alessandro Del Piero: There are various factors, but first and foremost you need to look after the physical side of things. In my case it was even more important as I don’t have a particularly strong physique. I was always the smallest one, and all my life it’s been a challenge to prove that the smallest players can be strong and achieve great things. I’ve always been a football lover, very dedicated and really hungry to compete. I don’t know if it’s the secret but a key factor is having that passion to go a long way. 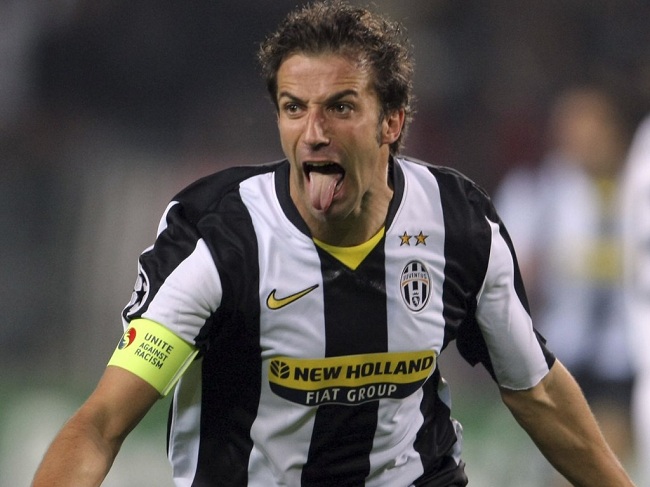 In the modern game, it seems as if classic No10s like you are being overlooked in favour of deeper-lying midfielders like Xavi [Hernandez], [Bastian] Schweinsteiger or [Paul] Pogba. Does this spell the end for the traditional No10?

I wouldn’t say it’s the end, more of a transformation. Football has changed enormously in the last 20 or 30 years, principally in terms of physicality and player speed. Nowadays you have players who can operate in defence, midfield or up front. They have the versatility to play wherever they are asked depending on their coach’s tactical scheme. However, those great midfielders were also around in the past too, albeit with different characteristics. Players like [Franz] Beckenbauer, Falcao and [Carlo] Ancelotti had wonderful technique and boundless vision, and they used to operate a bit deeper than usual. So I think we’re seeing an evolution both in midfielders and defenders. In the past, these were often selected for their toughness but today frequently have great touch and ball control.

Having seen a lot of the 2014 FIFA World Cup™ in your role as a TV analyst, what impressed you most about that tournament?
The German team. Physically they were at a very high level. Over the course of the tournament, they made significant changes – some even decisive – especially in the semi-final and Final. Tactically, they were impressive, while individually, they had guys playing at an incredible level – especially [Manuel] Neuer. Most importantly of all, it was very evident that they always had a common purpose. You felt they knew what they were doing.

Italian football is currently going through a difficult period. It’s not at the level it would like to be, as we don’t have the teams we had 10 or 15 years ago.

At the 2006 World Cup, Italy beat Germany in the semis with you scoring one of the goals. Were there already signs that those players would go on to become world champions?

That were a lot of talented players in that Germany team, although they were still very young at the time. You could see clearly that they had a brilliant future, but it’s a long road from there to winning a World Cup. Individually and collectively, it requires a very challenging evolution. Germany performed well at the 2006 World Cup and again at South Africa 2010 before being crowned champions in 2014. There was great merit in the whole journey, especially on the part of the players. 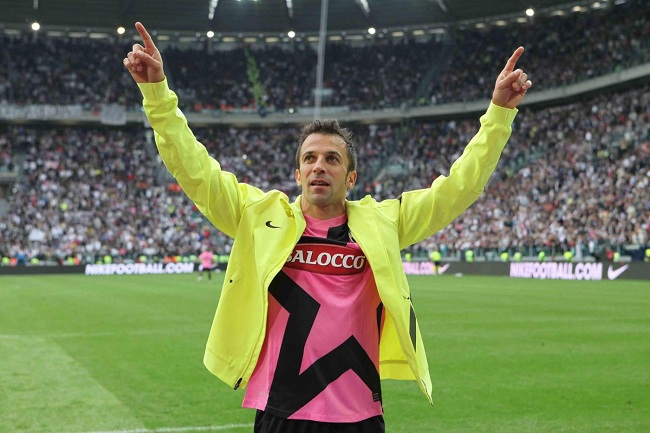 A lot was expected of Cesare Prandelli’s Italy side in Brazil. What went wrong?
Italy had a good opening game (Editor’s note: a 2-1 win over England) and showed everyone they had a quality side. After that they seemed to be taken by surprise and paid a very high price. But that’s modern football for you. Even the so-called lesser teams – among which you might include Costa Rica – are well organised and have quality players, not to mention enormous motivation. Italian football is currently going through a difficult period. It’s not at the level it would like to be, as we don’t have the teams we had 10 or 15 years ago. Italy are under a lot of pressure right now.

Would you attribute their World Cup elimination to a talent crisis?
People are talking about a talent crisis because our club sides are struggling to compete in Europe. Personally I believe there’s a big difference between Italy and other countries, both in terms of the football being played as well as organisation and systems within the game. That said, Italy has always found ways to respond, and I’m certain that we’ll soon see Italian clubs competing again for European honours and our national team having success once more.

With your clear and comprehensive vision of the game, would you consider a move into coaching?
Until three or four years ago, it hadn’t even crossed my mind, perhaps because I was so focused on being a player. But after I called time on my playing career in Italy, the subsequent experiences I’ve had – including getting the chance to travel and see things done differently – got me thinking about becoming a coach. It’s a tough role to take on, but without doubt a fascinating one. So… I don’t know. Perhaps. It’s a small door that was previously shut but is now slightly ajar…