“We will not compensate clubs”, announced by the world governing body FIFA on Wednesday, despite the 2022 World Cup is moved to November-December, which have troubled European football clubs for a long time and make them angry a lot.

This was to cover the costs that Europe’s clubs and leagues will spend on rescheduling their championships, many of which run between August and May.

But FIFA Secretary General Jerome Valcke dashed those hopes when speaking in Qatar, the country that will host the 2022 finals.

“There will be no compensation. I mean, they have seven years to reorganize football around the world for this World Cup,” the Frenchman told reporters.

“It is happening once and we are doing nothing that destroys football,” he added.

With concerns for both players and fans given the Qatari heat in June-July, a FIFA task force announced on Tuesday that the tournament should be played at the end of the year.

Average temperatures in Qatar are around 25 degrees Celsius towards the end of the year, roughly 15 degrees lower than the traditional World Cup months.

Valcke also said the duration of the competition would be reduced from 32 to 28 days.

FIFA is expected to ratify the proposals when its Executive Committee meets in Zurich on 19-20 March.

European clubs had been hoping for the tournament to be played at the start of 2022.

“UEFA and its National Associations had initially preferred for the 2022 FIFA World Cup to be held in January,” the European governing body said in a statement.

“However, once the FIFA Task Force recommended to stage the competition from late November to late December 2022, UEFA suggested an option could be for the final to be played on December 23.”

The English Premier League, whose chief executive Richard Scudamore said he was “very disappointed” by the switch, would prefer the final to be played earlier in order to maintain its traditional Christmas calendar, with matches having been played on December 26 for many decades. 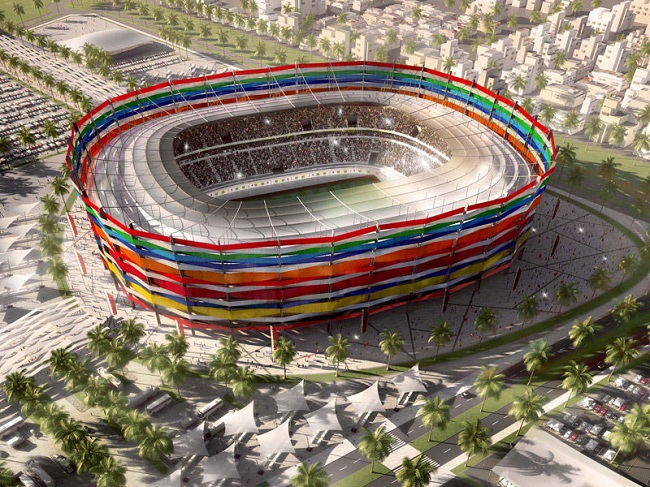 Meanwhile, Valcke suggested that the 2023 Africa Cup of Nations, which normally takes place between January and February, will kick off in June because of the delay to the 2022 World Cup.

The Confederation of African Football has yet to comment on the matter, having previously stated it will only readjust its calendar once FIFA has confirmed the dates for the Qatar tournament.

In an unexpected move, FIFA announced that the 2021 Confederations Cup will not be held in Qatar.

The tournament is often described as a World Cup warm-up given that it allows the host nation to fine tune its facilities and conduct a test run some 12 months before the main event.

Valcke said the climate rules out Qatar and added that the tournament, which pits the World Cup holders against the hosts and champions of FIFA’s six confederations, will be played “in an Asian country,” which has still to be determined.

What do you think of the 2022 World Cup held in Qatar, come to UTfifa15coins.com and share your opinions with us!