Here comes a good news for FIFA Ultimate Team mode fans, who missed the chance to get MOTM Toure packs on FIFA 15, EA Sports will give players another chance to get the special card, Do you have enough FIFA 15 Coins for the MOTM Toure cards?

Even better, any other player who received a MOTM card during the African Cup of Nations tournament will be available too, along with some other in-form African players selected by EA.

It’s part of the Team of the Tournament for FIFA 15 which is now live in the game. Players include MOTM Toure with an 87 rating, but also a card for his brother too Kolo Toure, with a decent 80 rating.

With the MOTM cards coming back, you can get MOTM Wilfried Bony as well in case you missed that last time. The full lineup can be seen below thanks to EA’s image. 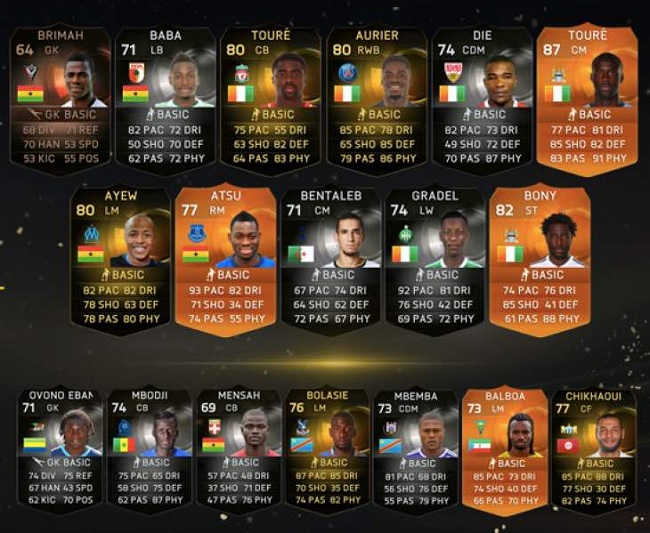 We’ve added a video below which shows that it is possible to get these special cards as long as your luck is in. This video appears to be proof of the 1st owner of MOTM Yaya Toure in fact, which is rather nice for the player.

Do you want to pick out any of these special cards and what price of MOTM Yaya Toure card you can accept.